Starting at $800 per room per night 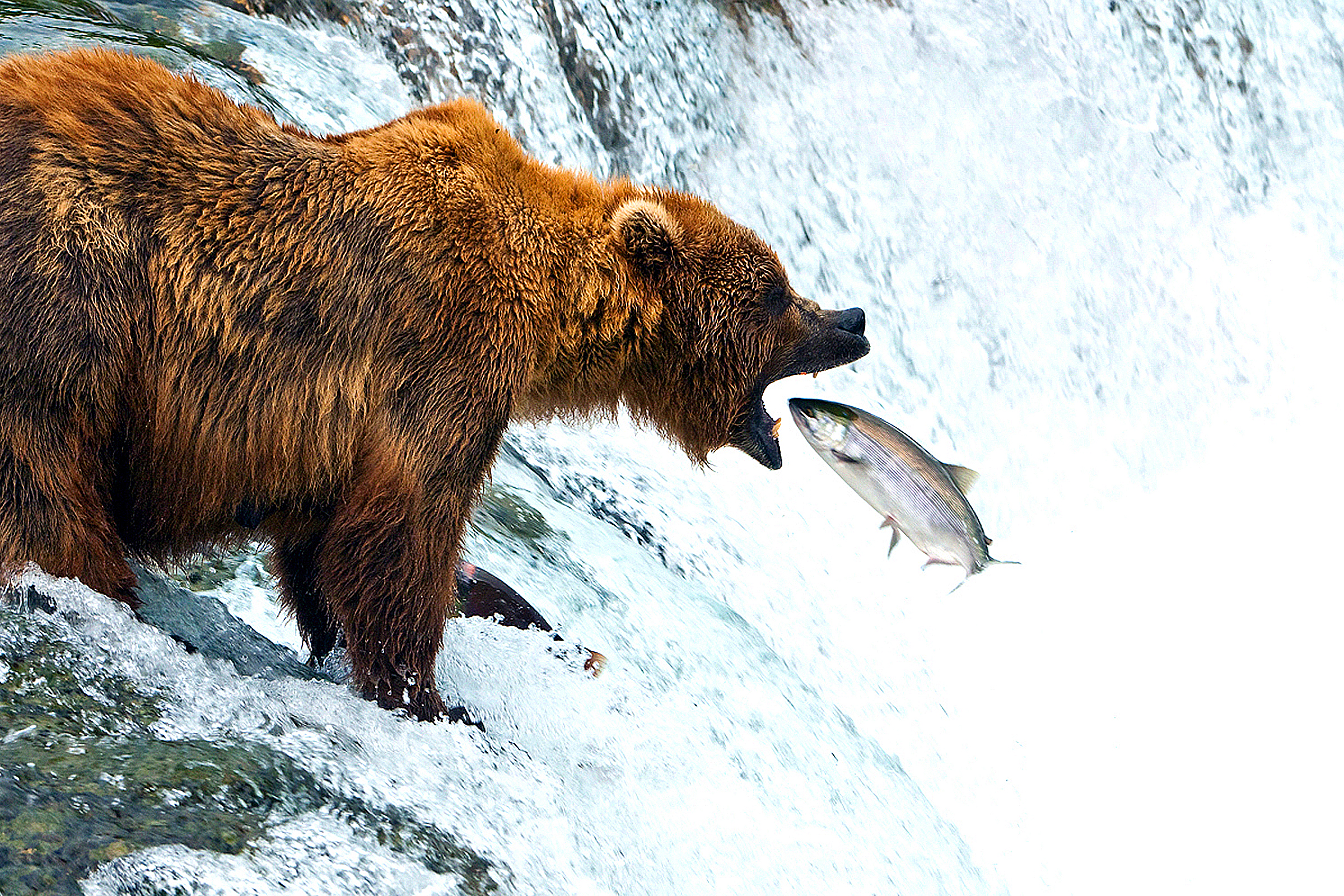 Brooks Lodge offers the world’s best bear viewing, period! Get unparalleled views of Alaskan brown bears in their natural habitat, often within minutes of your arrival. Whether you’ve yet to witness it for yourself, odds are you recognize the iconic image of an Alaskan brown bear positioned on the edge of a waterfall in anticipation of catching an airborne salmon attempting to ascend the falls. This is the site of Brooks Falls, the world’s most celebrated destination to view Alaskan brown bears!

Unique Features: Lodge accommodations are based on a lottery system held at the beginning of the season. Duplicate applications will be disregarded. The name that the application is submitted under MUST be traveling on the reservation. Brooks Lodge overlooks the world famous Brooks River in the heart of Katmai National Park. Known primarily for its superb fishing for rainbow trout, Arctic grayling, and sockeye salmon, the Brooks River (which is fly fishing only) makes for a fantastic home fishery for those interested in amazing fishing.

Accommodations: Guest lodging consists of sixteen rooms each with private facilities. All rooms feature the same layout with two sets of bunk beds that can accommodate up to four guests. Each of the guest rooms include heat and electricity, along with a private toilet, a sink, and shower as well.

As Suite As It Gets: When money is no object, go for the cabins. All accommodations are equally as nice. Be prepared for stormy weather and occasional sunshine. Summer daytime temperatures can range from 50 -70 degrees Fahrenheit, with an average low of 44 degrees. Strong winds and sudden gusts frequently sweep the area. Skies are clear about 20 percent of the time during the summer season and light rain can last for days. Thus, packing for a wide range of weather is recommended.

Dining: Meals can be purchased either ahead of time or on-site during your stay at Brooks. Hearty Alaska fare is served buffet style each day for breakfast, lunch, and dinner in the lodge dining area. Cocktails are also available for purchase at the lodge bar each afternoon and evening. Lunches will be provided by your guide if you sign-up for a guided activity.

Activities: Brooks Falls is the world’s most celebrated destination to view Alaskan brown bears in their natural habitat. It’s also only a short walk from the Brooks Lodge, the only full service lodge within walking distance of the falls. The wildlife and scenery of Katmai are spectacular. Along with many species of sport fish, you will see a wide variety of water fowl and other bird life. Bald eagles and parka squirrels are Kulik regulars. Caribou, moose, Canadian lynx, beaver, and mink are occasionally sighted.

Spa & Fitness: There is no on-site spa or fitness center. With all of the amazing outdoor activities and fresh air though, you won’t need them. Don’t forget to bring your swim suit for the great hot-tub and sauna.

Location: Two hundred and fifty miles southwest of Anchorage, in Alaska’s Bristol Bay area, lies Katmai National Park. Each year millions of salmon burst from the Bering Sea into the lakes and streams of the area. These fish provide a food source for the world’s largest population of brown bears. This is Alaska’s famous bear viewing country. Your trip begins when you board a Katmai Air Navajo Chieftain in Anchorage for your flight to the lodge.

Children’s Programs: No. Although they welcome your children, they do not have any supervised children’s programs.

Pet Friendly: No, unfortunately pets are not allowed.

Weddings: No, unfortunately, they simply don’t have the space to accommodate large groups.

Meetings: No, they don’t have the facilities to handle large business meetings or conferences.

The Bar W Guest Ranch is a year-round dude ranch…

Starting at $350 per person per night

The Covered Wagon Ranch offers the best place to experience…